Holiday Music for the Melancholy Soul 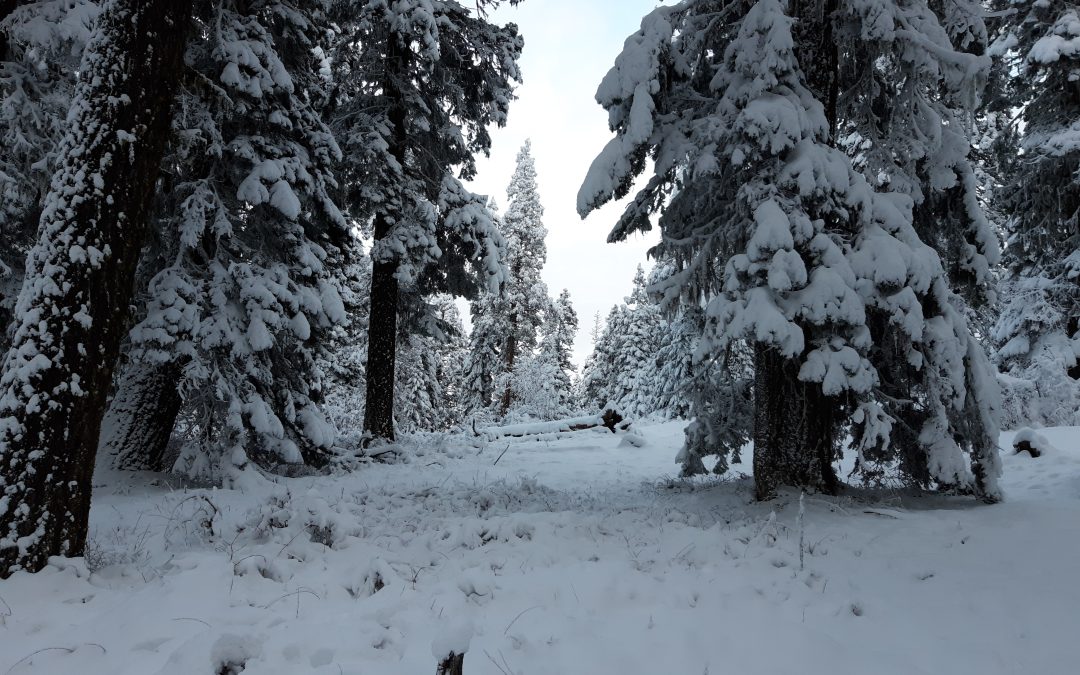 Late November every year, the hunt is on for that box in garage, basement or attic, that holds the music of the season. (Dating myself here, but most of mine is on CD.)

My mother did this, too. In my vivid childhood memory, the Saturday after Thanksgiving became consumed by an urgent mission to unearth THE necessary vinyl disc and get it on the record player, so we could belt out into the wood-paneled living room as we unpacked mouse-nibbled ornaments,

“Haul out the holly! Put up the tree before my spirit falls again…

Slice up the fruitcake!

It’s time we hung some tinsel on that evergreen bough.

Oh, we need a little Christmas, right this very minute,

candles in the window, carols at the spinet…”

My holiday playlist is… a bit different.

Maybe it’s because my conception was (probably) a product of Ohio’s Blizzard of ’78. Maybe because I was born into the “Gales of November” nine-ish months later. Maybe it’s because the most traumatic things in my childhood happened in November and December. Some grownup bumps, too. Every layoff and lost job? Got that news in winter’s wonderland.

Or maybe, with my Germanic ancestors, the long nights, the freezing fields and wet ice falling from the sky remind me of the deepest truth that all things – not just the apple harvest or my salty feminist calendar – come to an end.

Misery loves company. And this time of year has inspired some of the most beautifully miserable and stinkin’ good music. So, here’s my playlist for a less-than jolly holiday.

John Denver. Denver’s Rocky Mountain Christmas album includes that perennial sing-along, “Please, Daddy (Don’t Get Drunk this Christmas).” If you don’t think this song is hilarious, you probably wouldn’t understand my family. Either way, stay for the hauntingly beautiful “Christmas for Cowboys,” whose rustic word picture evokes those shepherds keeping watch in their fields by night in one of the truest ways I’ve heard.

Over the Rhine. These two have been releasing reliably moody, artful music for 30 years now. One headline recently described this stream in their body of work as “melancholy luminescence.” The albums The Darkest Night of the Year, The Great Surrender, Blood Oranges in the Snow, Love and Revelation all reliably withstand the grief attendant in changing seasons. Blood Oranges in the Snow is my favorite Christmas album. (Don’t try to drive while listening to “Let it Fall,” but do share it with friends, especially friends who’ve been carrying too much.) “Another Christmas” and “My Father’s Body” are both confessional, making room for the broken parts of our world and ourselves that can feel most in our faces when family gathers. “Snowbirds” is a sweet tune, especially if you are beginning to care for parents of a certain age. And if you happen to follow that child in the manger – wholeheartedly, ambivalently or on and off again – the title ballad “The Trumpet Child” sometimes makes me believe again that the world can be reborn.

Sufjan Stevens. Inspired (or horrified?) by the Sept. 11, 2001 terrorist attacks, Stevens got a bunch of friends together to make some musical prayers for peace “on earth” and in living rooms. And then they did again the next year. And the next. And the next. And… well, now there are five albums full of haunting classic carols and hymns interspersed with original holiday tunes like “Get Behind Me, Santa!” and “Come one! Let’s Boogey to the Elf Dance,” which is unexpectedly catchy and includes the poetic gold “my sister’s bangs / she cut them herself.” (A song is about calling your grandma, who may be crying on the phone, follows shortly after.) Anyone who’s had a slightly dysfunctional childhood in the 1970s or 80s will feel comforted reading the liner notes, even if the smell of burning polyester tube socks lingers. I know it’s a hopelessly outdated approach, but playing one of these Songs for Christmas singalong albums through from beginning to end is immersive: all the incongruence of the silly and sacred, painful and precious mixed up together.

The Cat Carol. A holiday compilation of Canadian artists and indie wailers released in 2000 as Christmas Songs by Nettwerk America includes the worst version ever of the “Little Drummer Boy” (may Matthew Ryan do penance in whatever hereafter comes after). But it also includes a haunting gem in Dido’s “Christmas Day” ballad about a promise never kept and the Mediaeval Baebes’ “Gaudete” which might be good screaming music this Impeachment-tide. Do not make the mistake of forgetting to skip “The Cat Carol” though if you have small, sweet children in the house.  Or any animal lovers, really. My not-so-tinies still shriek and howl and run from the room if the first few notes accidentally play. File that one in “Horrible Songs for Children.”

All of this to say:

If you, too, get an eye-roll from your partner for these less-than-jolly tunes, you are in good company.

With Merle Haggard, “I don’t mean to hate December…” But beneath the holiday cheer, every soul carries some sadness. These songs have made me feel less alone, given words and harmonic scaffolding honest and substantial enough for a bruised heart. And as always, a little dark humor can help, too.

“If we make it through December, everything’s gonna be alright, I know.”