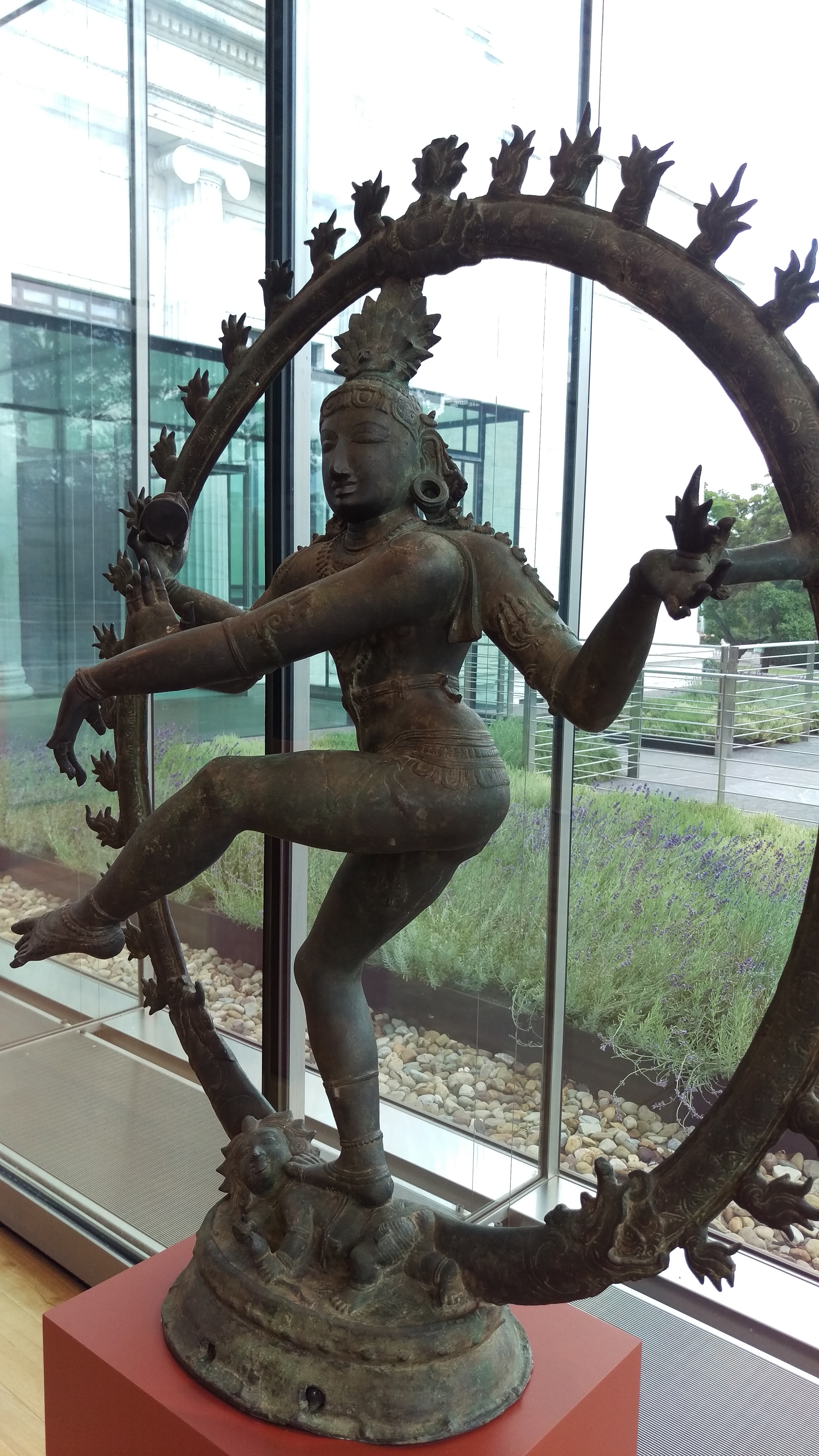 For the past two months, instead of a teeny headshot of myself showing up various places on social media, a thumbnail image of Lord Shiva, a Hindu manifestation of the Divine, appeared next to my posts.

I?m not Hindu. I?m a Jesus-loving liberal Christian pastor. It?s just that Shiva has been chasing me since one year ago, when I found myself pinned to a wooden pew in the darkness of a Chapel on the edge of a Floridian lagoon. Along that lake, where the mossy sheet of algae crept in an unbroken wave from reedy shallows across the muddy bank beneath the pylons holding the walkways and right up the walls of our water-view rooms, we were removed. With no wi-fi and scarce cell phone service, the intentional dislocation surfaced truer feelings just beneath our skin.

Mine barely needed nudged. During the first evening?s prayer service, copious tears and quite a lot of snot glued me to my pew. Grief pinned me there. And pain. The hurt of abandonment and loss. Sitting there, I realized I had no choice whether to carry my grief or not. It was mine. But I?d be damned if I was going to let it screw me to the pew.

So, I removed my sandals. I skipped and hopped and turned in my long skirt around the perimeter, channeling my Pentecostal-ish youth and looking as earnestly awful, I?m sure, as Stephen Colbert in his YouTube hit video of solo liturgical dancing. At least it was dark. I hummed the popular Methodist hymn nicknamed ?Lord of the Dance? alone on the path back to my room.  From their files,  my brain synapses also summoned a dusty image file of Shiva, a sculpture that had stopped me short in a Glasgow museum a few years before. I hopped and flipped my inner ankle skyward.* My first encounter with Shiva at the St. Mungo Museum of Religious Life and Art in Glasgow

Does it really matter what kind of loss I grieved that week? They all take a piece of our heart and leave us wondering who we are.

Wise people warned me along that Floridian lagoon, kindly, compassionately: ?It?s gonna hurt like this for awhile.? We made a tender plan with not-too-many small steps designed to lead me and my beloved ones back to life, healing, and repair. First, a new job. Next, therapeutic support for myself and my stressed family. Then, home finance triage and first aid. It was a good plan.

I secured the job, a really good job. We moved across the country in January. We started over. And at this point in the story, things were supposed to get better.

Two weeks before my arrival, a conflict erupted at my awaiting place of work. Despite professional support for all involved, it seemed new people became entangled in the chaos every few weeks ? for three months, then six months, then nine. A majority of normal get-to-know-you ?honeymoon? experiences got shelved or postponed.

A sales contract on our former home in Ohio fell through. We cut the price. We enlisted a realtor. It languished on the market, months ticking by with no sign of staunching the financial bloodletting. We cross-listed it for rent. Still no dice.

In May, my otherwise healthy spouse drove himself to the Emergency Room with abdominal pain and dangerously high fever temps. We waited through weeks of scans and follow-up appointments and MRI?s for the conclusion: a congenital abnormality needed removed from the depths of his abdominal organs. It?s a procedure only performed by liver transplant surgeons. In Cleveland or Portland? We weighed the logistics, the costs of time and travel, the strength of the support network in either location for ourselves as well as two small school-aged children.

My body threw subtlety to the wind. At work, vertigo attacked several times, a psychosomatic expression of just how much I was reeling.

A renter in another property we owned back in Ohio stopped paying rent. We initiated eviction. He moved out. In July, paying two mortgages in Ohio plus steep Oregon rent, I could barely breath. We got an offer on one property, but it would cost probably $10,000 to ?sell.? I tried to inhale, slowly. I watched my shoulders migrate forward, attempting to shield me from new blows. We made it to vacation and flew to Ohio in August for family reunions and some real fun, including a visit to the cultural institution I probably miss most: The Cleveland Museum of Art.

It was a welcome break. A reprieve. But I?d certainly forgotten my nearly year-old promise to dance.

A week after vacation ended, thieves broke into the freshly vacated rental property and cut out all the copper plumbing. I spat out grim gratitude that the city had already shut off the water since we?d let the bill go unpaid by the tenant as an inducement to move.

But the copper. All the damn copper. The property manager?s emailed photos made me curse and swear at the disconnected water meter, surgically removed to rest on the basement floor. Insurance deductible. How much is it?

And I remembered Shiva where I?d encountered her the week before in a room like a glass box. Shiva showed up dancing again, at the height of life chaos this summer, in one of the glass box galleries at the Cleveland Museum of Art.

She was cast in bronze this time. And though this one stood smaller than the magnificent dancer who stopped me, smiling, at St. Mungo?s Museum in Glasgow four years ago, my daughter and I halted and laughed at the obstinate upward fling of her ankle, the flick of the finger and the fire in her hand. Here was Shiva, dancing through the chaos, tromping the demon underfoot.

I looked more closely at the medium: Bronze. The first and primary ingredient in bronze is?

I laughed. I couldn’t help it.

Is it all better yet? No. But next week, there will be a party to celebrate my new job. It?s a churchy kind of party, with many words about churchy things. Normally, these festivities occur sooner, but major surgery, mediation processes, real estate woes all contributed to the delay. And maybe, just maybe, I needed this long to remember my year-old-promise.

Next week, that churchy service will be anything but stuffy.

Next week, we will dance.

*Hinduism for the rest of us: Of the three personifications of cosmic power called Trimurti in Hinduism — creator, preserver, and destroyer — Lord Shiva is the personification of destruction and transformation. Both times Shiva stopped me short, it was the popular image of Shiva dancing in the gender ambiguous form that embodies both destruction and transformation. Of course, I didn?t actually know that then.