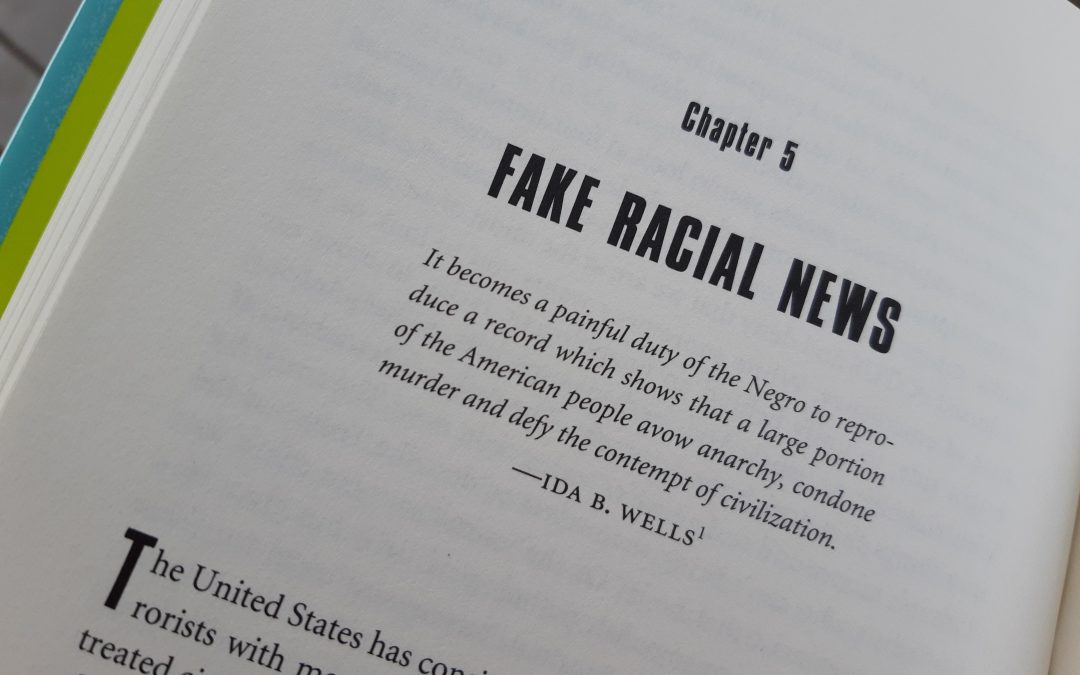 Consider this a big hairy asterisk and caveat to my previous love note to the hallowed 4th Estate.

The media have never done black people any favors.

Reading James Cone’s The Cross and the Lynching Tree earlier this year, the journalist in me cringed as Cone documented the publicity and frequency of lynching in North America, a popular practice well-recorded in local newspapers and commemorated by picture postcards white people sent to relatives with love. While reporters wrote detailed scenes of men, women and children picnicking in broad daylight, the white torturers and executioners of the black people in those stories were only ever described as “persons unknown.”

Unknown? Any reporter worth their salt would call bull.

Not unknown. Simply unnamed by the journalists and newspaper (mostly) men who wanted to keep their own jobs and lives.

Self-interest. Hold on to that for a minute.

These many years later, I don’t remember which department my colleague worked in. I only remember him flying across the newsroom with a proof sheet in his hand, suit jacket and tie swinging, as he made a beeline toward the Editor’s Office. I was a nobody junior reporter on the business desk trying to find my footing in my dream job at a medium-sized metro daily newspaper that won a Pulitzer Prize for its 1993 series, “A Question of Color.”

I could tell my colleague was mad that day. Mad enough to risk looking like the angry black man.

At issue, I later found out, was a large photo meant to accompany a local crime story. (You know those pictures of a man-on-the-street, that one neighbor who always says, “That [now-suspected-serial-murderer] always kept to himself, seemed nice, kept his grass trimmed.”) Well, the first galleys played this picture large across the local section front. But this particular neighbor, who did give permission for his photo to be taken and his words quoted, was a large-bellied black man wearing a dingy undershirt, looking what could only be described as slovenly. Later editions of the paper moved the photo inside, after the jump, and sized it much smaller and more appropriately for the quote’s minor place in the story. He was a real man. That is what he really said and was really wearing. The reporter and photographer fabricated nothing. But the photo itself played into cultural stereotypes in ways completely unnecessary and – worse – wholly irrelevant to the story.

A 1996 study assessing the representation of poverty in mainstream media found that the average newspaper or TV station heavily distorts the race of poverty, overrepresenting blacks and underrepresenting whites. At a time when blacks made up 29 percent of the poor, they showed up in 62 percent of magazine stories and 65.2 percent of evening news programs about poverty.

In other words, Crystal Fleming writes, “Mainstream media blackened the portrayal of poverty.”

This is what made my colleague so mad.

Fleming’s searing, funny book, How to Be Less Stupid About Race, is where I first learned that although the poverty rate is lower for whites than most other ethnic groups, whites still make up the majority of the poor. But the perception that poverty is black impacts public support for social welfare programs like food stamps and social security.

And we journalists do that. I did that. Back in 2000, that first year I was trying to prove I was Pulitzer-newspaper material, in a feel-good holiday story about the pressures that gift-giving puts on families with children. I didn’t realize I was doing it. I’d called the local middle school for volunteers to profile, but of the three families the school counselor offered, one bailed and of the remaining two, the white family was the one that shopped all year so that the children woke Christmas morning to “mountains of presents” in their historically refurbished urban storefront outpost of gentrification, while the black family headed by a single Mom used the credit card if things got tight so a few nice things would be under the tree in their rented duplex.

It’s like I was trying to hit racist stereotype bingo. Ashamed doesn’t even capture how I feel about that story now.

The same happens when it comes to violence. Black neighborhoods are no more violent than white neighborhoods. But the way media outlets overrepresent nonwhite people in crime stories associates blackness with criminality and whiteness with innocence.

Fleming’s chapter-length dressing down of us journalists, “Fake Racial News,” is where I became appropriately enlightened and ashamed of the ways the institution of journalism – to which I’ve pledge allegiance since writing obits after school at the age of 16 – perpetuates white supremacy.

Especially when we think we are “the good guys”!

Why? Let me say it again: Self-interest.

Ida B. Wells unveiled the role white journalists played in the white vigilante violence of lynching.

Fleming takes a match to the liberal hagiography of The New York Times by chronicling numerous examples of the outlet’s complicity with white supremacy before and since the election of Donald Trump as president. The difference between the paper’s warm profile of a “Nazi sympathizer next door” in Ohio and its heartless denigration of Mike Brown belies its loyalties, its ownership and its staffing demographics.

We want to believe we can cover any topic neutrally. But we cannot when we are white and are unconsciously and unreflectively protecting a narrative of white goodness and a system of power that has shaped how we view the world and write about it.

“The existential question that white folks keep struggling with – ‘Should we listen to the white supremacist side now?’ – only ever has one answer: NO.”

It may very well be that I fell in love with journalism as a child reading and re-reading a cartoonly illustrated biography about Nellie Bly from some set of Time-Life-Britannica-type books on my grandparents’ shelf. Bly’s investigative journalism undercover at the Women’s Lunatic Asylum on Blackwell’s Island exposed systemic abuse of mentally disabled patients in public asylums and is credited with instigating reforms. Awed, I wore he book’s corners thin.

Ida B. Wells didn’t have a book in that series of history-makers on my grandparents’ shelf. I was 40 years old before I learned about Wells, the investigative journalist and editor who risked her life to investigate and report on this country’s lynching traditions… and the ways white newspaper journalists and editors perpetuated them.

So. Watch closely how the media outlets you read or watch portray the riots and unrest in Minneapolis this week. Who are they quoting?

Who is telling the story?

Whose voices are missing?

And most importantly… Who benefits?