Body Count: Mary Had a Baby 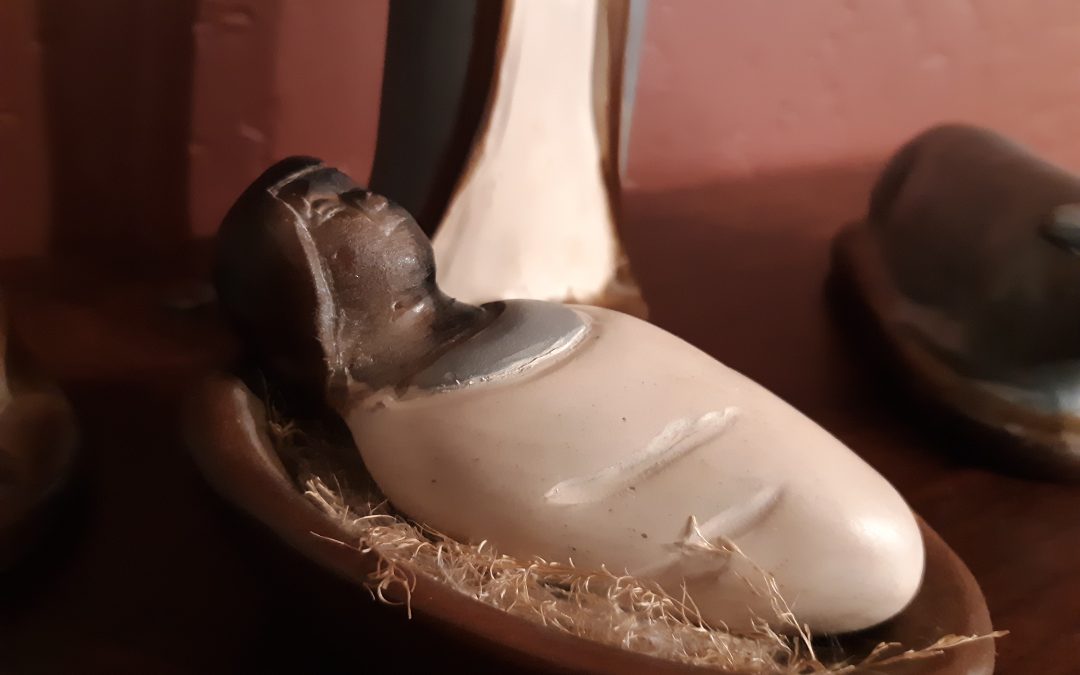 It’s just baby toes. I look at the blurry black and white photograph of an infant’s feet and guess that I’m supposed to feel warm and fuzzy. At the sight of those little piggies, I am expected to slip into baby talk, gushing over chubby toesie wosies. This time of year, dimpled babies kill Christmas with cuteness. I’m supposed to caption this photo for a writing project. But I check myself: What do I really feel?

Progressive Christian folks avoid focusing overmuch on the baby. It’s not just kind consideration for the bereaved parents or unwilling childless. You could make a solid case that Christmas is more about the end of the world (as we know it) than it is about the little squirt who soiled those swaddling clothes. The sparse infancy stories in our Bibles make a pretty pathetic baby album for Jesus.

Then there are mothers like me who look at that photo of baby feet and think not, “How shall we receive the Christ child this year?” but rather, “Have they digitally altered that kid’s toenails, or are my infants the only ones who come out with gnarly talons on their feet?” Whoever wrote that “little lord Jesus, no crying he makes” a parent was not. Babies are loud. And they stink. For these reasons and more, I usually don’t focus much on the baby either.

Except this year. This year, singing “Mary Had a Baby” feels like a rallying cry.

This year, three transgender women were murdered in Cleveland. The day the first story broke, I cried and couldn’t concentrate. Somebody’s baby. Some precious body, mangled again in the daily paper’s telling of it. On Sunday, people gathered to grieve and speak out for two more women murdered. For those bodies I will sing, “Mary had a baby.”

I sing this year not to debate the scientific improbability or the creedal value of a virgin birth. (I know why that bit makes a good story.) And I don’t need other people to believe in the incarnation (the technical term for God becoming human). I don’t even need the members of my church to believe it. But I will tell you it’s what keeps me following Jesus: There was a man with a body in whom other people met God. The wholly divine became a child of ordinary human beings so that ordinary human beings might become children of God. Mary had a baby so that here, in my body, I can be holy now — not just after I’m rid of it.

The body matters. Immanuel’s surely messy, biological birth made CeCe’s and Betty’s and Brittany’s flesh sacred long before it was bruised and cut. I’ll sing this year to insist that and to pray: That many more of us would live as the children of God we were born to be — and count every body as holy.

Every body counts: The baby bodies with kissable toes and stinky heads. The elder bodies we must wipe clean. The saggy bodies with rolls and dimples. The bony bodies with sharp angles and thin skin. The bodies that emerged from a womb with parts that don’t match who their owners know themselves to be.

Mary had a baby. And every body counts.